OPP Trackdays Instructors & Control Riders have been chosen not just because they are amazing motorcycle riders, but also because of their coaching capabilities, friendly & approachable demeanour, lack of ego and their firm belief that all motorcycle riders can never stop learning. OPP Trackdays Staff are a great mix of top motorcycle racers, experienced trackday riders and people in the motorcycle industry.

No James Bond or Nicky Hayden but Patrik is the owner/operator of OPP Racing and is the founder of OPP Trackdays. He has been in the motorcycle parts distribution business since 1998. He has been riding motorcycles since 1985 and started racing in 1998. Patrik has raced in AMA and Formula USA in the late 1990s and early 2000s with best finishes in the top 10 and qualifying on the front row. His passion for racing led him to open up a motorcycle hard parts specialty distribution business known as OPP Racing. He stopped racing in 2003 to focus on his business and has been trackday riding occasionally when time allowed. Patrik is very much a motorcycle enthusiast, especially when it comes to aftermarket parts.

OPP Racing has a solid footprint within the motorcycle industry with locations in Port Coquitlam, BC and Washington, WA that ships parts worldwide. OPP Racing distributes premium brands such as Lightech, FullSix Carbon Parts, Brembo Brakes, Samco Water Hoses, BST Wheels and more. Patrik’s passion for motorsports runs deep not only for motorcycles but cars, boats and anything motorized. He is an avid motorcycle collector with many of his motorcycles being extensively modified and as a custom superbike builder he builds and provides parts for hundreds of motorcycles around the world. Patrik believes that with great enthusiasm, passion and a bit of luck his business has evolved to start the OPP Trackdays company at the world class Area 27.

Anthony, an Area 27 Member, has always had an interest in motor sports and speed which grew to a passion in his early twenties when he purchased his first motorcycle.  He began racing and quickly advanced to the front of the pack in 2007 of his Novice year.

Westwood Motorcycling Racing Club (WMRC) moved Anthony to the Amateur class in 2008. In 2009 Anthony won the Western Canadian Championship 600cc class.  Anthony continues to race each year with WMRC placing consistently in the top 10 until his new purchase in 2017 of a Honda CBR 1000RR SP helping him to finish 3rdfor the season in Open Super Sport.

Anthony is a people person and loves to learn and share his knowledge about the sport he loves so much. 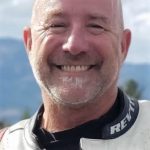 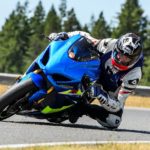 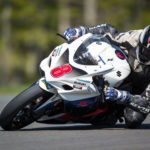 Francois is a bit of a late bloomer with the motorcycle world, he started riding motorcycles at age 47. He also claims to be the wimpiest dirt rider in the world…

His first passion for teaching began it the late seventies, working as a ski instructor. The love of skiing took him to the inevitable path out West. He set foot at Whistler Blackcomb, where he spent 30 years teaching, coaching and supervising.

Francois became a member of Area 27 in 2020 and moved to the Okanagan soon after along with his wife Julie, his daughter, son in law and 2 grandaughters and is now entering his 6th season as a part time coach.

Steve is a member at Area 27 and started riding motorcycles in 1969. Started trackday riding and racing in 1976 at the Westwood Racing Circuit. Steve started instructing in 1978 with the Alberta Roadracing Club and has been instructing at WMRC schools since 1983. Steve has has raced extensively in the Canadian Superbike series and has won several WMRC class championships and is the 2002 and 2004 WMRC Champion. Steve also holds a Canadian National title, He is fast, safe and currently rides a Kawasaki ZX6R 2005. He also raced in the US and in South Africa at various regional & national events.

Jason started riding and racing dirt bikes in 2005, and began riding sport bikes in 2014. Jason has been riding at Area 27 since it opened in 2016, and has been a Control Rider and helped OPP Racing organize events since then. He founded a local motorcycle club in 2014 called Sport Bike West. It began as a meetup group for motorcycle enthusiasts in BC to ride together and talk shop. Sport Bike West began hosting large sport bike shows in BC and even launched a successful clothing line.Jason is also the CEO and founder of Tonit.
Tonit was founded in 2016, and the Tonit motorcycle community app had its full launch in late 2018. Tonit helps riders connect with other riders, share bike-related content, map and track riding experiences, and stay safer on the road. It has successfully grown its community very quickly and has an incredible group of engaged, active motorcycle enthusiasts.

“We’re not just a motorcycle app for riders to connect on, but a company that lives for the thrill of the ride. We are riders helping riders, building a community to make the most out of our motorcycle lifestyle. There is passion put into every aspect of the product to connect with the passion of every user.”

Ryan has done a great job at OppTrackdays , he is very patient and is able to cleary explain himself to the student with exactly what is necessary to improve their skills . We are happy to have him on board .  Ryan started riding at 4 years old, dirt bikes and streets bikes my whole life, raced offroad enduro’s, flattracking, roadracing with a novice championship, and 16 consecutive years on roadrace tracks.  He loves helping newer riders and watching them get more confident throughout the day. Ryan is the owner of Redline Cycle and is currently teaching and control riding for OPP Track Days and Motofit Group, at Area27, The Ridge, and Oregon Raceway.

Tim has been with OPP for over 20 years. He is a huge asset to OPP Racing and OPP Trackdays. He is also a member at Area 27. His knowledge of product , motorcycles, mechanics, cars and guns is vast.

He provides support for the operations of OPP Racing and OPP Track Day events. He has been riding since 2011 and currently is on a 2018 Yamaha R1M or 2014 Kawasaki Ninja 300.

Currently we are modifying his bike with all the cool accessories from www.oppracing.com . Such as Akrapovic exahust, Samco Sport , Lightech and Fullsix carbon fiber, BST Carbon Fiber Wheels . We If you have any questions at the events, need assistance with your bike, or anything else related to OPP please reach out to Tim. Or if you just like guns and cars, hes into those also!

Scott grew up riding motorcycles, first in the dirt and then later in life was summoned to the asphalt. A mechanic at heart, Scott enjoys wrenching on and building bikes almost as much as riding. Never a racer but a pure track day junkie, he’s frequently lapped several race tracks including Miller, Las Vegas Motor Speedway, Spring Mountain (Pahrump), Auto Club Speedway, Sonoma, Laguna, Oregon Raceway Park, Pacific Raceways, Portland International Speedway, Willow Springs, Chuckwalla Valley Raceway, The Ridge, and Thunderhill (East &amp; West)… Scott now dedicates his spare time to honing his own riding skills at Area 27, and now with OPP Trackdays, assisting other riders to “find their way around” this world class road course. If you are new to Area 27 look him up, he’s happy to help!

Nevada is a member at Area 27 and has always had a passion for motorcycles and the speed that seem to go hand in hand. She was given the opportunity to try road racing by a family member in my mid 20’s and it was an opportunity she has never looked back from.  It took a few years but the drive and passion eventually allowed her to compete in the top ten and once in a while a top five.  She won the Women’s Cup with the WMRC in Mission in 2013 and obtained her expert status 2015.  The learning curve was steep and at times painful but worth it every time She was able to twist the throttle and lay some rubber down.  Currently she has stepped back from racing and  focused mainly on trackday riding and helping others who want to gain skills and safety in their riding. Nevada is very good rider and definately holds her own on and off  the track. Her smile, fun attitude and patience is a big assest to OppTrackdays she will give you great advice and show you all the correct entry and exit points on track. Don`t let her small frame fool you , this lady means business on track. Come and say hello , she is very friendly and will glady answer any questions you have.

Come and say hello , Richard is a super nice guy , a member at Area 27 , so he knows his way around the track. Richard is planning to race in 2020 when Canadian Superbike has a round at Area 27. Richard was a Western Canadian champion in Expert 600 Supersport class in 2011, 2012, 2013. Also WHRC Expert 600 and Formula 40 champion. In 2006 Richard finished in the Top 15 at the Canadain Nationals and also finished in 2nd & 3rd in all classes at all 3 tracks (WMRC, EMRA and CMRA)

Ross has been riding motorcycles for 25 years and considers this to be his passion. He has raced in both supermoto and competed a season of roadracing with WMRC in 2016. After getting his first track bike in 2010 for $1000 Ross has never looked back, he was hooked. He has worked as a Class 6 instructor briefly in the past but quickly realised track day riding was safer and simply more enjoyable always advising the students to take it to the track. Ross his wife and two daughters all have dirt bikes and spend as much time as possible in the off season hitting the trails. Ross has ridden tracks in BC, Washington, Oregon, Arizona and Northern and Southern California. He feels track riding can be a great safe environment to really see what you and your bike are capable of. Ross is looking forward to helping trackday participants at the OPP events again this year.

Steve Crevier is the most successful racer from the legendary mid-1980s British Columbia scene, his career launched from the “mountain high” Westwood venue outside Vancouver at the height of racing’s popularity on the “left coast.” Born in Montreal, Crevier started off moto crossing in B.C. and soon cut his pavement teeth on Yamaha’s famed two stroke twin RZ350, earning the nick name “Squid Kid” while still a front-running teenager.

As well as enjoying a long-lasting and very successful career, Crevier is also perhaps the most flamboyant and outspoken racer of his era, impressive given that Crevier rose to road race fame at the same time as popular Hall of Famers, Miguel Duhamel and Jon Cornwell.

Crevier turned Pro in 1985, at the same time as Yamaha’s potent new five-valve FZ750 arrived in dealerships, including his long-time supporter Pacific Yamaha.  The next year, Crevier got an ex-Rueben McMurter FZ750 Superbike, and stunned the racing scene by defeating National star Michel Mercier at Sanair International in Quebec in Crevier’s first appearance at that track.

1989 was Crevier’s breakthrough season with tuner Rick Hobbs, sweeping all three of the top classes in the Motoplan-Castrol Canadian National Championship.  Crevier was also top Canuk at the Mosport World Superbike round, earning big financially from his dominant campaign as well as scoring a prize car!

Age 50, plus a whole lot of fingers and toes, so I’ve quit counting.

Rob Svendsen,  raced motocross and snocross through the1990’s winning multiple championships. Moved into sportbikes and road racing in 1999, finishing in the top 10 at Canadian Nationals . Started riding again when Area 27 was built.